Three Newton community leaders were presented with the Green Newton 2015 Environmental Leadership Award at a ceremony at the Newton Free Library on May 18. The award is given to honor those who have made great contributions to sustainability in the last year. Congratulations to the award recipients! 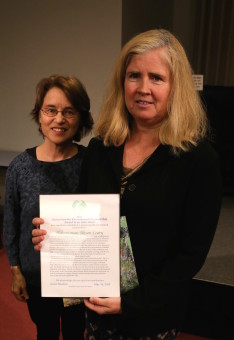 Alderwoman Leary was the recipient of Green Newton’s 2015 Environmental Leadership Award to an Individual for her tireless work over the past several years to bring about the Plastic Bag Reduction Ordinance that was passed unanimously by Newton’s Board of Aldermen in January 2015. She also been a staunch advocate for improvements to our water, sewer and storm water systems; transit oriented developments; as well as investment in energy efficiency improvements, bike and pedestrian access, and safety throughout the City.  Additionally, Alderwoman Leary has also been a strong voice for the protection of our parks, wetlands and open space. 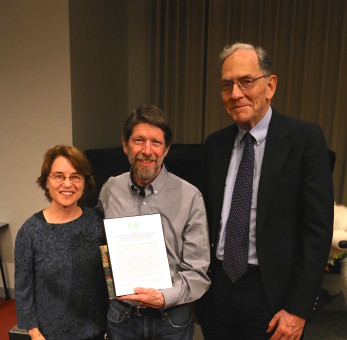 David Backer is the Director of the “Envi Sci”, short for Environmental Science Program, an outdoor summer program for teens entering grades 7–10.  The Envi-Sci Program received Green Newton’s 2015 Environmental Leadership Award to a Community Group.  The program, which operates under the auspices of the Newton Conservation Commission, has a rich assortment of activities to engage the students, as they learn about shelter-building and finding wild edibles to survival skills; biking field trips; exploring natural habitats; and learning firsthand how plants adapt to their environments. Friendships are formed, while activities spark the interest of students in topics, such as geology, botany, ecology, water cycle, pollution issues and conservation of our natural environments. 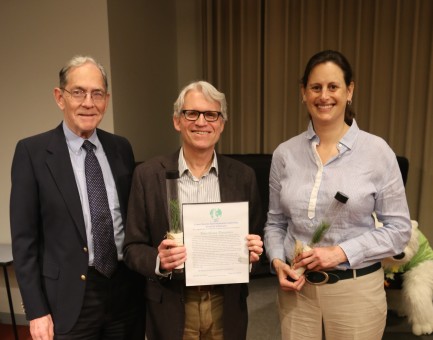 Powerhouse Dynamics received Green Newton’s 2015 Environmental Leadership Award to a Business.  This firm works for major chains of small commercial businesses to eliminate wasteful energy consumption of up to 30% per building for thousands of buildings nation-wide.  One store chain saved $630,000 in one year or potentially $6.3 million over ten years.  The company “walks the sustainability talk”: their employees use mass transit, bikes and drive electric and hybrid cars to work; they use only LED and other high-efficiency lights and recycle everything.Martin Flusberg, CEO of Powerhouse Dynamics and Helen Fairman, Marketing Director, accepted the award.